You're being manipulated by interledger

Interledger is disgusting, for the first time I can recall, save for being sick, I am on the verge of vomit. One discovery lead to another, and I quickly realized the amount of deception in Interledger, and it’s meanings for the indie web.

At first, I thought Interledger is crypto. It is not, it is a standard (largely powered by crypto (the connectors mostly use XRP on the backend)) to facilitate transfers of money, agnostic of the currency used by the sender and receiver. I thought this was cool, I added coil to my site when imgur emerald began using it. I never really thought about it again, until I became involved with the indie web. It started with an email to Drew DeVault:

on Interledger and web monetization. I agree with your stance on cryptocurrency, generally, but this feels different. I don’t really like coil’s implementation with a fixed donation amount or the direction they are going that is making it something to be traded, but I like the idea of paying people based on my usage of their product or work (What I can afford). What are your thoughts on this system?

his response was blunt:

There is no place for cryptocurrency in a respectable society.

This answer left me with lots to be desired, although I should have expected it (I was aware drew is a crypto hater, even more so than me). I thought about cashing out, so I went to my Interledger wallet. They wanted everything. What everything?

Let me show you.

It gets worse, in these places you explicitly can’t upload (let’s not forget the large, large part of the world excluded by latin)

* both temporarily and under us law!? (according to different places in uphold’s documentation)

So now we have banned half the world from Interledger, an open platform, because who cares if you speak latin or not.

To be clear, I am in fact American, and I could cash out if I so wanted to, but I find it confusing that they need all that information, most services I have used simply ask for a routing number.

I do also understand that US law exists, perhaps they are somehow mandated to ask for this information under the law. This would be fine, but as you will see shortly there are other restrictions that have been imposed on the Interledger network that, had they not existed, would have solved this issue.

In the meantime, what about gatehub? I will save you the trouble, same deal here. Fine, it’s ok, let’s cash out of this mess. 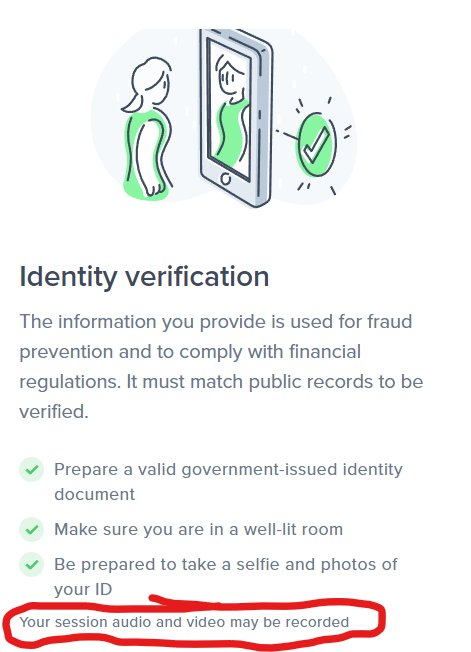 What the fuck? It’s not worth it for a total of 5$. Funny how a platform that

Locks half of humanity out. How can you possibly

build fair and equitable pathways to financial access, always working to connect and benefit each and every human, regardless of identity, geography, or income.

When you exclude our friends that don’t speak latin?

Just run your own peer

But, not all hope is lost. Interledger is open, right? The network should theoretically work like an app in the fediverse, meaning I could set up my own pointer on a VPS and coil could stream to that. Easy peasy.

Interledger is designed to support many bounces, after all. How hard could it be? Well, turns out that each connector needs one peer. This is pretty standard. The issue is that there are just three peers in the livenet, coil, uphold, and gatehub (there might be more, but I don’t know of any).

Not one of these companies will peer with you. You can not run an indie pointer/connector

Why can’t an indie connector come?

For the same reason coil, uphold, and gatehub are closed source for profit companies. They are disgusting, making money off of cashing in and out while spewing nonsense about liberation from borders and whatever the marketing stunt is now.

Their model is simple. Money enters, coil makes money. Money leaves, Uphold makes money. Infiltrating their fortress with just one connector that is indie would be detrimental to their income. it could open up the entirety of the indieweb (because bounces exist!) taking away a large portion of their income stream. They can’t have that.

Can we run our own ledger?

I don’t think so. Coil is an entry point to the livenet ledger, and is the most complex part that needs to be re-implemented. I often wondered why coil was closed source, with all the love they were spewing. Now it makes sense, These products are deliberately closed source & need to, so they can be sustainable. Who knows how much work it would take to develop an open coil? Then, by opting to use this new open coil clone on a different network, you are loosing money off of the people who don’t care & just use coil (just as you lose money by using liberapay).

Plus, something I have not researched is if these connectors could start stealing money passing through them. Perhaps that’s another reason for the closed ecosystem, to prevent fraud. I hope the answer is no, But I am inclined based on what I read to think the answer is yes (The connectors in most ledgers work by wiring XRP crypto). I don’t think this will ever change, it’s likely by design. The two big kids donating to Interledger is coil and ripple (makers of XRP). Changes to the Interledger spec to remove that vulnerability would actually hurt the companies behind it.

I am trying to set up web monetization, how do I run an ILP wallet/node/whatever it’s called? I have seen people link to Uphold, but that requires KYC. Are there any other options? It looks like I’d have to run the wallet software on my VPS. (I saw elsewhere that it’d need to be online 24/7)

Your understanding is basically correct. UpHold is your best bet for ILP mainnet, or you could try reaching out to the folks at Coil too to discuss your use-case (they’re peered with UpHold).
You could optionally try to run your own node, but you would need to find and connect to your own peers. In that sense ILP is like networking protocols - you can run your own WiFi at home, but without an Internet service provider or a custom connection to some other network, you’ll just be talking to your own systems.
In that sense, Uphold is like an ISP.

First I want to set up web monetization on my own site and blog (and have it be compatible with Coil) and have the earnings in a wallet with keys I control (Ideally ETH or XMR). Uphold and withdrawing to my own wallet won’t work, I can’t currently comply with the ToS. It would be great if there was some kind of proxy so I could use ex. $eth.ilproxy.example/0x532Fb5D00f40ced99B16d1E295C77Cda2Eb1BB4F and have the money go to my ETH wallet (If needed, it could be wrapped to something like tbtc or wbtc, not sure if there are any xrp wrappers yet tho)
I also want to make an alternative web monetization provider. It would be kinda like coil, but without the subscription (you’d fund it whenever you want from your existing crypto). I already wrote the code to send monetization events and such, but I have no idea how to actually send any money on Interledger.
You said something about peering, Interledger is closed by default? I assumed it was open. 😦
Is there anything like peeringdb for ILP?

I’m assuming by this you mean that a Coil subscriber visiting your blog should be able to stream micropayments to your wallet (as opposed to those funds terminating in an Uphold or Gatehub or whatever wallet). Conceptually this should work, but I think there would need to be a payment-path in the Interledger network (that Coil operates on) from Coil to your wallet – and to make that work somewhere in your system you’d need to be running an ILP Connector that is reachable by Coil. At the moment, I suspect this means you’d either need to partner with Coil directly (to peer with them) or partner with a partner of Coil’s (e.g., UpHold).
This is an interesting idea, and one that I’ve heard others in the WM community want to see come to fruition (i.e., there should be many WM providers). I would maybe start another thread more targeted at this question so you can get a better idea of what’s involved (the level of effort here is probably higher than you think, e.g., you’re going to need to run ILP infrastructure, which takes time+resources, or use a partner that operates that infrastructure for you).

So, Drew DeVault was right once again. Interledger will never be great.